Breastfeeding Advert: Behind the scenes

Recently the GLUE VFX team were afforded the opportunity to work on a campaign which we are passionate about, the “Human Milk, Tailor-Made For Tiny Humans” initiative. A campaign dedicated to promoting the science of human milk and breastfeeding. The final video is due to be premiered at Unicef’s Baby Friendly Initiative Annual Conference next month as part of Dr Amy Brown’s talk on examining psychological, social and cultural barriers to responsive breastfeeding. The full video will be launched world-wide in the new year.

In this blog we’re going to hear from Claire and Hilda who are behind the campaign. We’re also going to hear from Dr. Amy Brown who has written a book on the topic and will be speaking at the UNICEF conference. Finally we’ll take a look at the production process GLUE worked on and some of the challenges we faced for this advert.

“The campaign is an independent advertising initiative co-created by parents based in the UK, to share the science of human milk and breastfeeding with other parents, and our wider community.

The composition of human milk is both astonishing and also rarely talked about. The advert and accompanying website aims to give full access to parents and our wider communities to the knowledge of what exactly our own milk is composed of, and how breastfeeding actually works from the scientific perspective.

We were looking for graphics that gave both a sense of scientific accuracy, but also sensuality and artistic warmth. We had no idea how to achieve that! It felt almost rude briefing Ray and his team, because we had bunch of ideas for the feel of the graphics that, on the face of it, didn’t really belong together.

The information needed to be clear. The advert talks about components that kill cancerous cells, and the presence of stem cells in human milk. It talks about hormones and anti-microbial factors, but the footage shows parents and children nestled up against each other feeding their babies, on a simple black background, some with siblings in the shot too.

Life goes on, whilst unbeknown to most of us, human milk delivers hundreds upon hundreds of complex and astonishing factors, most of which can’t be artificially replicated. We were looking for a combination of the warmth and comfort on screen and the intricate science going on behind the scenes.

So GLUE’s job was not straightforward. I didn’t envy them having to brain out how to draw and animate molecules, and list just under 300 components over the course of two shots whilst making it look both clear and accurate, and yet dreamlike and discreet.”

“But they did. They got it. The first test we saw was already spot on and needing very little alteration. I had a sense of what I was after, but it was only through seeing GLUE’s interpretation of my ramblings that I knew what it could actually look like. They really listened, they got behind the idea, they were curious and open, and I think they also put their own soul into it.”

We contacted GLUE with a very scatty brief. I think, a bit of a nightmare brief for creatives. We had a couple of ideas of how we wanted the components to form and look but only really in our heads… we hadn’t a clue of how they would come together. We gave very vague guidelines and only really had some examples of what we didn’t want. Neither Claire nor I have ever worked in this kind of medium, so we didn’t really know what was possible.

Dom, Ray and Yusuf were very relaxed about how little we gave them to work with. They listened to our ideas, asked lots of questions and interpreted it exactly how we imagined. To be honest, I was a bit unsure of how they would interpret the project. However they were very knowledgeable, informed and interested in the project.

The first sketch that was sent through from GLUE was spot on. It was pretty much exactly what we wanted in the first go. They worked fast, kept us informed, and used their creative guts.
We feel very lucky to have worked with such a great creative team, so thank you, the project wouldn’t have been possible without GLUE!

The advert fits perfectly with the direction of the change we need to see in breastfeeding education and promotion. Evidence and expert opinion has come together to show that we must stop treating breastfeeding as a responsibility of  individual mothers and see it as the societal responsibility it is. Women’s ability to breastfeed is directly affected by the attitudes and support of those around her and we must create an environment where breastfeeding is understood, valued and nurtured.

This advert is what women really want and what we as a society really need. My research working with thousands of mothers and fathers over the last twelve years directly concluded that new parents wanted advertising to promote breastfeeding, particularly from a scientific angle, that targeted the wider population rather than themselves. They wanted to breastfeed, but they desperately needed the support, encouragement and understanding of others to feel confident, nurtured and accepted in doing. Parents saw formula adverts daily, but nothing in public health promotion matched that, and they saw both the direct and more subtle impacts of that gap.

The advert brings together all these elements of what parents want to really make a difference to how breastfeeding is perceived. It portrays breastfeeding in a positive light, involving partners, older children and other family members. It depicts breastfeeding as social, inclusive of others and an enjoyable experience. It includes babies of a range of ages to promote the normality of longer-term breastfeeding. It brings in the science, which helps us to understand how breastfeeding works, challenging the notion that it’s about ‘who feeds rather than the milk itself’. As an academic, mother and simply a human being, I am immensely proud to be part of the journey of this advert. We have been waiting a long time for this..

There is an excellent article in the Irish Times about Dr. Brown’s work and the message it wants to deliver. It looks at the stigma surrounding breastfeeding and it’s competition with baby formula adverts.

The advert needed to get across a lot of information without seeming overbearing.

This is where we were able to step in, to create a video with a natural perspective from the mother’s side and try to inform the debate so we can have a society which supports women who breastfeed.

It had a unique set of challenges, the video had to be medically and scientifically accurate while keeping a maternal, natural and caring environment.

For this we needed to create some complex and accurate models using 3d software. Due to this being carefully researched we needed to make sure these were medically precise from our end also. 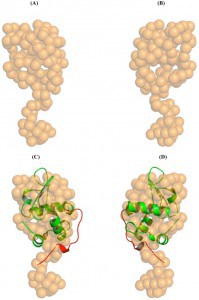 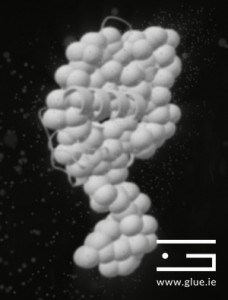 We had to create that warmth and maternal environment also, we did this by building up several layers of particles which gently flow around the space with the parents and children but also form together to show the science and strength behind breast milk.

We felt that continuing the particle effects throughout would help achieve a consistent feel as part of the world, rather than having effects popping in and out over shorter shots.

We intended to further portray the mother-child bond and indeed the act of breastfeeding happening in a serene and almost sacred space, imbuing a connected and near womb-like feeling where mother and child are totally at ease, the effects needed also to be subtle enough so as not intrude or distract.

The subject of breastfeeding still seems to be a polarising issue, but we were delighted to be able to work with Claire, Hilda and Tiny Humans Productions on this campaign.
There’s still time to attend the UNICEF Annual Conference but for everyone who can’t make it we’ll post the video when it gets it’s worldwide release.