This week the Irish Government announced it’s budget for 2015 and rather surprisingly it came with some great funding news for the Irish film, television and animation industry!

The Minister of Finance Michael Noonan underlined the importance of the Film, TV and Animation industries for the national economy and stated the government’s support for these ever growing areas. 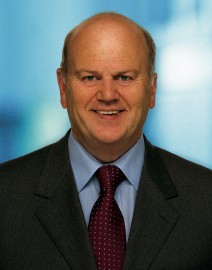 He stated their importance, not just for the jobs they would create but for our culture and tourism market as well. It’s a wonderful medium used to keep our culture alive and modern not to mention it’s advertisement to those abroad. Particularly tourism from the US which fascination in our society creates jobs across the country.

This also helps non VFX businesses in Ireland as there is also funding which can bring costs down for their advertisements, online video and feature films.

Mr.Noonan discusses tax benefits to these areas acting as a huge incitement to talent working in Ireland, the best part of this is that it has been broadened to include those from outside the EU. This brings it in line with the UK’s policies and allows Ireland to appear as a real possibility to valuable markets such as the Americas.

This scheme has been a great boost to the UK’s economy and recently allowed for Industrial Light and Magic (ILM, the company behind the visual effects for Star Wars and others) to open up it’s studio in London creating 200 jobs.

ILM’s Lynwen Brennan explained the plan is to create 6 Star Wars films over a 10-year period which would be a huge investment to the London VFX community.

Not only does this provide employment for their skilled workforce it also brings tourism over from the vast and sometimes intense Star Wars universe.

Here at GLUE we are delighted at this scheme and hope it allows Ireland to show we can compete with the bigger companies across the water. There is a huge field of talent available in Ireland and this will allow them to work in Ireland and bring that boost the economy desperately needs.

The Film, Television and Animation industry is only becoming more popular the world over.
It is time for Ireland to step up and stand side by side with the huge UK VFX industry.
Hopefully this new funding news will bring more international investment to the country.